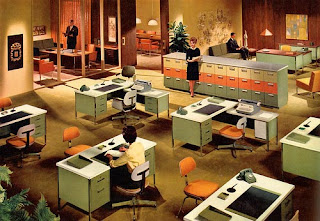 Career decisions are complicated, but here are a few models to work with which might help. A salaried job is more than a simple exchange of your time for their money: you will be giving it some headspace in most of your waking moments. This conversation is not relevant to contract or hourly jobs. Still, the model of exchanging time for money is a useful starting point, so let’s start with the three forms of money that you’ll be offered in a salaried position.

An ownership stake in the company is a common starting point in negotiation. We will all work together to make the company grow larger and therefore every dollar in options is potentially worth thousands in future money. Likewise, every lottery ticket in the gutter was once potentially worth thousands or more. They say lotteries are a tax on people who are bad at math; stock options aren’t quite that bad, but they’re certainly not guaranteed income. The form of the ownership doesn’t really matter: Restricted Stock Units (RSUs) are better than Incentive Stock Options (ISOs) but the whole thing is silly if the company doesn’t grow. You may think the risk of stocks is reduced when a company is past its startup years. I can’t help but note that lots of employees lost out in MCI and Enron’s glorious flameouts, while my own turn of the century Intel ISOs remained essentially worthless for twenty years.

Cash, on the other hand, is immediately liquid and can be exchanged for goods and services from coast to coast. Cash comes in two amounts: More Than Enough, and Less Than Enough.

As an employee, you should never accept a salaried job that includes financial pressure. If you’re going to accept financial pressure, then you’d better be holding a double-digit ownership stake because you’re not an involved employee any more, you’re a committed owner. See the story of the Chicken and the Pig for graphic illustration of the difference between employee and owner.

The final form of compensation is title. A salaried position has responsibilities and blast radius. The scope and radius can be commensurate with the size of the organization, but it’s not a hard rule. Individuals may be hired to try new ideas, or to revitalize major functions, or to solve long standing problems. The organization’s easy answer is to fit your title into the existing system and hierarchy as another one of a role that already exists, but it’s all open to negotiation. It costs the organization very little to stick “Senior”, “Chief”, “Principal”, or “Head of” in front of your role. That extra filip of title can help you tell a better story on your resume, or it can be useless. A Vice President in a large software company might report to the CEO and lead a thousand people, or they might fly around to conferences evangelizing vaporware and control nothing more than their own expense account. Titles are free.

Those three things are the tangibles that you as a salaried employee can get, but now let’s talk about your mental and spiritual compensation. Paloma Medina’s excellent BICEPS model is a great resource for thinking about what a role does for your happiness. No matter how much money you’re making or gambling, a salaried role should meet your needs for Belonging, Improvement, Choice, Equality, Predictability, and Significance. Really, just go read the link. A salaried role is at minimum two thirds of your waking hours but realistically something more like four fifths… if you’re not getting what you need, then you’re devoting that time to a thing that leaves you unhappy. That’s not a sustainable thing to do with one's life.

One last thing to consider if you’re looking at your current role or a potential role through this lens of compensation and happiness:

All organizations will always be changing and that change will affect your happiness, both positively and negatively. At the very least, this can be a challenge to Predictability, and for some people that’s a very big desire. The next organization you join? They’re going to alter the deal also, because the world changes and we must all respond. What is not the same across all organizations is the pace at which change is accepted and implemented. Some organizations lean into change, while some lean back. Asking how changes have been handled in the past might help you find a team that supports your needs.

Posted by jack@monkeynoodle.org at 8:58 AM