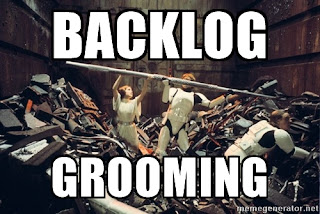 It’s obvious that your R&D team can’t do everything at once, right?

And yet. Lots of those items are people’s beloved ideas. Good ideas, that would make the product better, open new business opportunities, solve real problems.

Good ideas are going to be rejected for a lack of capacity to develop and exploit them. This makes a lot of people sad, so product managers can fall into a trap. Instead of taking action, they ignore the backlog as it grows to thousands and thousands of items. And now, it’s no longer functional. Instead of a todo list, you have a swamp. People who actually need a backlog start doing their own in shadow IT, the roadmap moves into spreadsheets, and your organization no longer has visibility between planning and execution.

There’s a solution to this: Automatic bankruptcy. Any tickets that aren't touched in six months get resolved “future consideration” with a friendly note to reopen if it's still relevant.

Let’s look at how this works at each level of activity:

It really doesn’t matter if we’re discussing board-facing initiatives or developer-facing tasks or the stories and bugs between them. After six months of inactivity: everything must either die or be defended.

Doing it in JIRA: 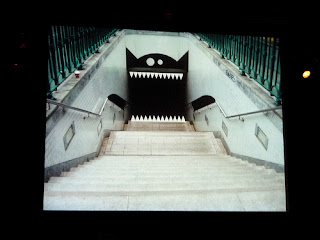 Update: Matt Schellhas has a relevant post
Posted by jack@monkeynoodle.org at 8:05 AM