The Mystical Art of Getting New Things Done 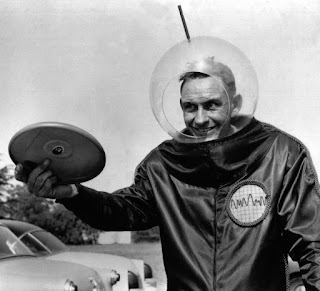 Tell people what you want to do. Lots of people. Product people, engineering people, sales, marketing, finance. Whoever will listen. Even if they're not helping you move the ball forward, they're helping you practice and learn. Explain why it needs to be done, how it will work, what will indicate that it’s working, and who would need to do it. Use a written artifact (document or slide deck) to summarize what you’ve been saying.

Answer their questions. If they ask things you can’t answer, get back to them when you can in writing, and update your written artifact.

So far so good, right? Except, that is the process for people who’ve already got the expectation that they drive new ideas to executed success. Product leaders. Maybe that's a product manager in your organization, or an engineering manager, or a service owner. If that isn’t your role, then you’re also adding a second sales job.

First, you need to understand what you want. Are you asking to have the job of executing your idea? Or are you asking someone else to execute on your idea?

If you want the job, it’s actually much simpler to proceed. You’re explaining why you are the right person to make this happen. Details of how to proceed will depend on your organization. Do you have to get the role before you can act the part? Then you need to interview for the role. Does your organization reward acting outside of your lane? Then you need to make sure everyone involved sees that you’re doing so, acting as an unpaid product manager (presumably without abandoning the responsibilities you are paid for). Regardless of the mechanics, you’re effectively campaigning for a job as a product leader so you need to do what is necessary in your organization to get that job along with execution of your idea.

If you don’t want that for your career, then you are seeking a product leader to own your idea. Again, a second thread from driving the idea to execution. Thing is, few product leaders are sitting around bereft of ideas and trying to figure out what to have the engineers build. So, why should your idea be what gets done now? Another challenge you’re going to need to consider is ownership. Are you truly ready to give up ownership of your idea, or do you want to retain some stake? Can you find an accommodation with your product leader partner?

Posted by jack@monkeynoodle.org at 12:13 PM