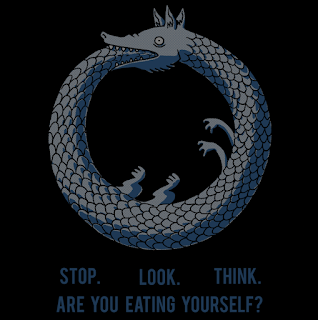 A successful company grows. In growing from dozens to hundreds of employees, the company forms a culture of innovation that attracts an extremely capable individual: generalists who also have great depth, potential entrepreneurs, geniuses who can Get Shit Done. They build content, they build sales motions, they turbocharge they company’s growth and all is well for a handful of years.

But the company’s growth holds the seeds of a problem; there are only so many brilliant pinch hitters out there, and maybe they don’t want to work for the thousands-strong company that is now showing signs of being large. Mistakes have been made, conflict has happened, and process is growing. Worse, the hiring pipeline has changed; our geniuses can’t hire fully capable generalist backfill as they grow out of their roles, and are having to create more specialized roles for their new hires. The geniuses are getting bored and are dissatisfied with the company’s products.

Some of them move laterally to find another exciting startup. Some grow into capital E executives, whether at the company or elsewhere. But there’s fewer executive roles available than potential candidates, and that means a body of bored smart people looking for trouble. As they say, the devil finds work for idle hands to do.

Cannibalism starts when this group pitches to leadership that the company has lost its innovative spark. “R&D is doing a great job on hard problems, don’t get us wrong, but they’re kind of slow and they can’t do everything so we’re just going to try out some ideas, prototyping you know.” That is a lie. The cannibal team is forming a second startup on the first company’s resources. They will produce parallel development and sales motions immediately after their first e-staff meeting, if they haven't already done it. First they go dark, cutting ties with their old teammates; then they return in a blaze of marketing. Leadership shares their concerns of course! The big company is different than the little company was, and arguments that all these new resources could be used more innovatively find attentive listeners. The cannibals have momentum and a mandate to take resources.

Now the company has a problem, and the new questions are “how bad is this” and “what can the company do”. The answers depend on the type of business that has been built before the cannibalism starts.

A company with strong partnership and a channel sales culture barely notices the impact of cannibalism. The new team fits into the same mold as old partners, and their shenanigans are mostly contained in the term “channel conflict.” It’s worse than normal channel conflict because the cannibals are company employees, but it’s survivable. The cannibals may even launch into a separate partner company.

Similarly, a company that is practiced at mergers and acquisitions may be quick to launch the cannibals as a new company and potentially bring them back later. There’s a bit of turmoil as personnel move back and forth, but no significant impact to the parent company's go-to-market motions.

Tougher times may await the company that is structured to build everything and sell it directly.  At worst, the cannibals represent an identity crisis. At best, they represent a distraction. Maybe the mainline product management and engineering leadership have been headed in a terribly wrong direction, and the cannibals are a necessary corrective. Or maybe the cannibals are slowing and stopping committed projects, breaking promises to customers, and steering the company away from product market fit. Most likely the outcome is somewhere in the middle: a distracting identity crisis.

A distracting identity crisis is not the sort of thing that healthy companies leave around for very long, so the cannibal team has to settle into a productive model, whether by spinning out, joining the R&D org, or joining the partner ecosystem. As long as none of those is an option, their presence is a problem point at a need to change the company.

Posted by jack@monkeynoodle.org at 8:21 AM 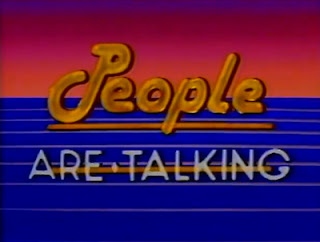 Development teams have a fondness for trying new models… for better or for worse. I’m not a fan of the current excitement around the squad model.

Spotify is the purest example, but the model owes a deal to Stanley McChrystal’s Team of Teams, as well as a bit of LeSS. The basic idea is that teams are tightly aligned to their team mates, but loosely coupled to their projects. Teams will then shift to where work is needed, motivated to do the right thing by their shared purpose and awareness of shared strategic goals. Add a sprinkle of LeSS or tribes alignment for legibility, and you’ve got a model for change from “machine-like” structures to “organism-like” ones.

Why is it attractive

“Work expands so as to fill the time available for its completion” - Parkinson’s Law. Consequently there is no actively growing development team that feels they have enough resources to do everything they want. Of course, not all development teams are actively growing, and so some teams may have less pressure on this axis. Nevertheless there are lots of teams that can’t allocate sufficient resources to the things they want to get done.

When you can’t allocate resources to everything you want to do, you’ve naturally got some projects that aren’t getting done. Maybe there are products that need working on, or maybe you have features that can’t be completed or bugs that can’t be fixed. Maybe they’re process requirements like content production, quality assurance, documentation or tech debt reduction. Whatever it is, it’s something painful. If it isn’t painful, it wouldn’t matter, but it's a safe bet there's enough pain to justify considering a big change.

Here are your options.

The squad model makes it look like your organization is rationally choosing Option 1. It’s not really robbing Peter to pay Paul, there are text books and TED Talks. Kidding aside, there are some legitimate benefits to the model.

That movement between projects may sound familiar to anyone who’s ever worked in a professional services shop. Pro services team members go to where the jobs are, and they don’t work on many things that don’t have revenue attached. Bench work and research projects are sometimes an option, but not too much of either. In an enterprise software company, this model leads to a terrible challenge: products have been sold, but there’s no steady maintenance work being done on them. At best, a product is returned to when its lack of maintenance becomes a problem, but at worst the product simply rots.

Software is sold as if it were wine, but in practice it ages like fish. Without attention, it starts producing problems. A company may choose to say that nothing is wrong with this. Aside from one’s ability to sleep at night, this may not work out so well. If the product was sold to customers, there’s likely to be a contract requiring maintenance. One can argue this is less of an issue with products that are offered as free supporting material to a commercial product or service, but practically speaking there’s not a lot of difference.

All of that is just a model allowing morality and economics to play out with Parkinson’s Law, though, and there’s nothing specific to the squad model in it. Squad model is simply a mechanism, potentially allowing pernicious behavior but not forcing it. Here are the ways that I think this model can actively fail the software development organization.

At best, it’s not worse

As we often say in the business, “it’s software, you can do anything with sufficient time and money.” None of what I’ve described is necessarily fatal to a development organization, and indeed some might welcome a splash of internal cognitive dissonance to distract from their external issues. But in my opinion the model isn’t great at meeting its stated goal, which means it’s not a useful way to allocate resources in my opinion.  Ostrom’s Law states that “A resource arrangement that works in practice can work in theory”, but I strongly suspect that’s exactly what we’re seeing here. The massive productivity made possible by enterprise software development allows for a wide variety of otherwise non-productive resource arrangements to maintain effectiveness, regardless of their actual merits or efficiency at producing more quality software.

Posted by jack@monkeynoodle.org at 9:00 PM

Ever have to convert from an email system that encourages keeping everything to one with limitations? Well, here's a way to encourage Inbox Zero. I looked at a few different scripts to start from, but this one was the most helpful.

set accountName to the full name of the first exchange account

with timeout of 600 seconds

set theMessages to (messages of targetFolder whose is read is true)

if messageAge > cutoffTime and (is read) of theMessage is true then 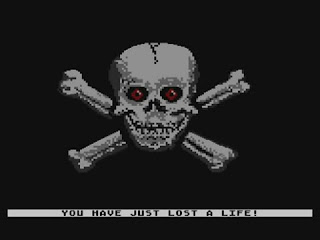 Thesis: Organizations will continue to squeeze their highly paid people into the worst possible computing environments in order to block any accidental efficiency that might evolve in their organizations.

Evidence to support that thesis:

Of course the thesis is silly, no one really means to starve their organization. It just happens by accident, through priorities shifting and a blind eye on poor metrics. Performance monitoring for endpoints is a worthy investment.

Posted by jack@monkeynoodle.org at 2:00 PM 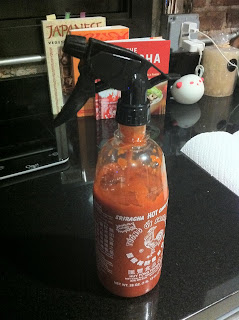 Question: how should your team ensure that other teams know everything you’re doing so the organization is more efficient?

Answer: Use all of these tools.

Posted by jack@monkeynoodle.org at 3:52 PM