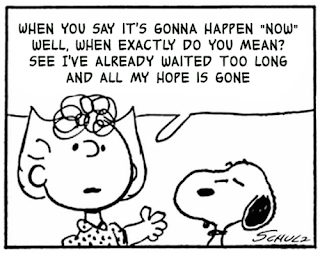 When I was a young sales engineer and going to my first conferences, it was clear that an attempt to attract visitors with a freebie or a lottery for a big thing was a strategy. Maybe not a great strategy, but there it is. Notable factors: the thing should be something that the audience would like, and a thing that’s portable for the flight home, right? Computer parts, personal electronics, lightweight clothing. Some link to your product is nice, but slapping a logo on a small toy is fine too. I fondly remember the rubber duckies in space shuttles that the customers threw into the conference center‘s fountain until it was jammed full of them and the organizers came to yell at us. Or the poor guy trying to give away Zunes who had to keep explaining that it was a thing like an iPod. If you’re really desperate, you could just give away software licenses, I suppose.

But the funniest, most bizarre conference give away I’ve ever seen was at one of the first conferences I supported. There are many overlaps between tech conferences and hurricane warning season, something about cheap conference center space I suppose. Imagine if you will, a business casual event in Miami in August with a tropical storm deciding what it wants to do a few miles away. It was hot and miserable, and the conference center was surrounded by construction that helped to keep people away. The sales critter felt that a really interesting draw would be needed. And so, a little unclear on the parameters and yet technically correct, they tried to raffle off a stack of Omaha steaks at a tech conference.

Traffic was low. We were pitching a service that the already small audience wasn’t very interested in. And so we had plenty of time to stare at this decision and think about it, chatting with the occasional puzzled conference goer who would stop by to ask why we had a pile of vacuum packed meat in the booth. “Shouldn’t that be in a refrigerator or something?” Good question. Seems the sales critter thought that vacuum sealing was sufficient to stop spoilage. (It is not.) Some of those people would stop and chat about grills and cookouts, conversations that never went anywhere close to business.

Sometimes I think of that when people pitch their conference ideas — a couple of dozen chunks of plastic wrapped meat in cardboard boxes piled on a tiny podium in a half-empty conference center, zero connection to the intended purpose. Could be far worse though, one of these days I’ll write about my experiences with team building in the late 90s.

Posted by jack@monkeynoodle.org at 5:37 PM