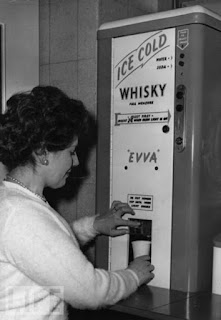 In my other two posts about licensing, I suggested that flat rate pricing is best for customers, but impossible in enterprise sales because of the variable and high costs of making a sale.

Those costs are difficult to understand if you haven’t been exposed before, but they are all too real. Weeks spent in negotiating a price are only the start; weeks spent in negotiating contract language are just a feature. What about indemnification? Can the vendor insure the customer against potential supply chain threats for the foreseeable future? It’s simply a matter of cost... and that insurance policy is now part of pricing.

I was once involved in a contract between two industry titans that included a minimally disguised barter of services, and one of those services was sold to a third company as soon as the ink was dry. The cost to make and then keep that sale was... not small.

Even when it’s not titans you’re selling to... you can still be blocked on your ability to cross the competitive moat around enterprise software. If the thing you’re selling is close to the customer’s mission or has visibility across the customer’s entire org, they’re more likely to apply scrutiny and it’ll be harder to fudge compliance and legal details. The amount of blockage is directly tied to the amount of coverage or visibility your product will have for the customer. For instance, you might expect a gigantic financial customer to care greatly about indemnification, but they probably don’t for a specialist tool that gets quietly used by 25 people in the security ops center every now and then. Whereas if you’re selling something that sits in a mid-sized retailer’s cardholder data environment and manages the entire cashflow, they’ll probably care a lot more.

So as a vendor, there is a reasonable pressure to force your cost of sale down, and there is a clear goal: the almost zero cost clickwrap contract. Simply set your terms, disallow negotiation, and let the dollars roll in. It’s the ultimate expression of flat-rate pricing.

This is a fine approach for what I like to call lifestyle businesses: if you just need enough money for you and your cat to live happily, then sell away. The catch is that the most lucrative potential customers literally can’t buy from your business because of the potential risk. You’re probably good to go if your addressable market is consumers and your price fits on a credit card, but big business is off the table.

Wait! Singleton users and small teams buy in this model all the time! Expense report reimbursement is open to question, but no one cares if the price is low enough. A frustrated employee may just eat a few dollars for a productivity enhancing tool. The clickwrap model gets extremely blurry around personal computing appliances. I’m writing this in Bear on my iPhone, how is my employer to distinguish it from work I do with and for the company on the same device with the same app? (In my case, I use different editors for different roles.) Corporation and government legal departments try to draw a clear line, but IT struggles to implement that line and a clickwrap vendor is therefore always in danger of being pinched by changes in policy. Shadow IT is no place to make big money.

However, shadow IT does have some astounding success stories: Amazon Web Services is the obvious example, but Balsamiq, Basecamp, and Glitch (FKA Fog Creek) come to mind as well. If the official channels cannot support a use case and the need is great, then people will find a way.

Part four.
Posted by jack@monkeynoodle.org at 3:59 AM