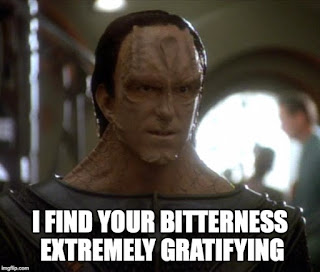 I’ve written a bit about mishandled change attempts — everyone loves a little schadenfreude, and failure is easier to spot than success.

This does not mean I think it’s wrong to change: you can’t keep selling buggy whips or spellcheckers when the market for them disappears. Let’s set aside the strategic question of recognizing that the need for change is there: it’s somewhat data driven and somewhat emotional and a huge topic on its own. But tactically speaking, once the decision is made, how to proceed?

First, an inflection point must be identified. Can the current business remain profitable long enough to keep the company alive while the new business starts up? If yes, then you’re planning for a relatively smooth transition. The new business takes off, the old business lands, management feels profound relief and it’s high-fives all around.

Product: If your company can gradually transition into a new form, then launching new products is a great way to get there. The most obvious example of transformation via product is Apple. Famously vertical, Apple has gradually shifted from computers to music players to compute appliances, but always from the same brand and always offering the same core value proposition. Amazon Web Services appears to be on a similar trajectory. If their original business of rented server instances sunsets in favor of pure server-less, it would be a smooth transition and represent very little change in the vendor-customer relationship.

Business unit: If a more intense change is needed, you may need to start the new business as a separate vertical unit. Microsoft has been fairly successful at this with Azure, while many others have done worse (such as Intel Online Services). A business unit is ideally a separate business. Some fail to actually separate, and remain dependent on the parent until they fold back in. Some fail because they blatantly compete with the parent instead of outside challengers. A successful business unit helps its parent to produce a new business. Azure is a good example of this — it enables Microsoft to continue selling the same value chain into a changing enterprise marketplace. The same approach can be seen in enterprise software companies that sell their products as a managed service, such as Atlassian.

If the window for change is too short though, and the company can’t survive on existing products, then you’re planning for a rough ride. “Any landing you walk away from is a good one” in this case. Company wide transformations mean stopping the old business and starting a new one. There are not a lot of examples of success, but one really stands out: Netflix pulled this off, after a nasty misstep. Good luck if this is your situation, I’d love to hear of another success!
Posted by jack@monkeynoodle.org at 10:57 AM