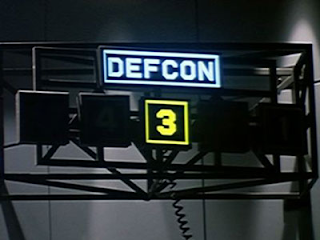 Work conflicts aren’t fun, but they come with the territory. Here’s a quick field guide for recognizing the type of conflict being observed.

conflict level 4: we disagree on a tactical implementation approach. I think we should write this in language foo and you think language bar. I think the configuration options should be in a vertical accordion and you think a horizontal tab bar. This level of disagreement is a mix of ego and misunderstanding. The more senior employee should start asking questions. "Why do you think that approach is better?" "Where have you seen it done that way before?" "What's the benefit that the user would see?" Ideally one or the other person will be convinced. If not, then go to the first shared manager for a decision that both parties will disagree-and-commit to.

conflict level 3: we disagree on a tactical ownership situation. My team and your team are both trying to solve the same problem. Both of us have sunk costs. This level of disagreement is an upstream fail that you now get to fix. The team leads need to review product market fit and decide: keep one solution, merge the solutions, keep both solutions, or kill both. Again, someone has to open this conversation, so the more senior employee should start.

conflict level 2: we disagree on role definition. I think the task at hand is my job, but you think it's yours. You think I should be doing something I'm not. I think you should be doing something you're not. Everyone around us is confused by mixed messaging and inconsistent results. We have to discuss who's doing which tasks in detail. If we can't fix it in one meeting, we have to involve our respective managers and get a decision made. One or both of us must disagree-and-commit ASAP.

conflict level 1: we disagree on strategic direction. I think the mission is wrong for the team and/or the company, and you are committed to doing it. You think my team is a waste of resources that needs to be redirected or disbanded. Again, we need to go to management for resolution, but one of us is probably looking for a job after that meeting. That’s assuming management gave a clear answer and someone wasn’t convinced of course! If the problem was just postponed, you might persist at conflict level 1 until you can’t bring yourself to walk into the office any more.

conflict level 0: we annoy each other. We speak in different ways, we don’t share common assumptions, we would rather not interact but we have to work together. This level of disagreement is easy, right? All ego? Just put the two individuals into a different context and encourage them to work out their differences? Sure, if everyone involved is dead certain this isn’t actually a diversity and inclusion issue. There’s a big difference between “you think I’m a jerk” and “you think I’m an unworthy human being”, but the two opinions can be hard to distinguish in constrained work scenarios where it’s not okay to have unsavory opinions. Maybe one or both people in this situation are working from something deeper than annoyance. Asking individual employees to work out their racism, sexism, and classism prejudices with each other is a recipe for disaster. If one of them has power over the other, that disaster is on roller skates.

And a warning: Disagree-and-commit agreements don’t always stick. If a person really cares so much that they’re willing to fight and can’t honestly work to further the other point of view, then this is the hill they’ll die on. Ideally they’d change teams or companies if the decision went against them. In our non-ideal world, changing jobs might not be an option and bad outcomes may ensue.
Posted by jack@monkeynoodle.org at 9:20 PM