if we simply make it all harder to use...

I'm not impressed by much in the virtualization space... they're all done with their two valid use cases and are trying to expand into unnatural places. The valid use cases are the obvious data center centralization and what I'll call general geekery. Data center centralization is a backlash against the common sysadmin practice of one app per server; a valid operational move that wastes server resources, which are neatly recovered by going to virtual servers. General geekery is a broader topic... developers, sys-admins, services people, sales engineers, QA people, security testers... there are a lot of people who need virtual machine technology on their desktop, and their needs are nicely taken care of with the available tools.

So, where to expand? How to sell more? The juiciest remaining space is the enterprise desktop, so let's target that. There's a lot of variations on thin-clients accessing a locked down data center... well, the people whose needs are met by that use case already have tools in Citrix and Terminal Server, so you've basically got a slight broadening of that market and a 'brown field' incumbent replacement strategy. Then there's the local virtualization ideas, PCHV type stuff... in which the argument is that OSes have failed to adequately separate applications, so we should make things a lot more complicated so that our applications will really be separated. I don't see how this is supposed to make things easier, cheaper, or shinier, and those are the three reasons customers buy things.
Posted by jack@monkeynoodle.org at 9:04 AM 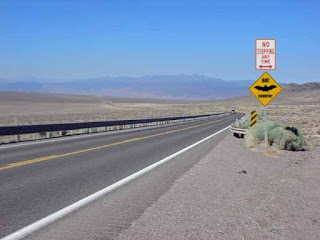 Companies, like individuals, have an inverse relationship between money, time, and age. When your company is young, you have lots of time and little money. Although it feels like there's very little time at all because you're continually struggling to prevail in the market, there's actually a great deal of time available for problem-solving, and very little cost to solving problems. When your company becomes more established, the cost of solving problems goes up; while there's more money around, there's very little time left, and it becomes very difficult to spend time productively. Time must be tracked and accounted for, designs must be agreed on, and untested ideas don't get done. This is how the rot starts.

Posted by jack@monkeynoodle.org at 3:24 PM

Law the First: People Suck. This is nothing about particular types or roles of people, it's just a statement of fact. I am people and I suck too. We've got brains hard-wired to look for free gravy and four-leaf clovers, and we spend way too much time doing it wrong, doing it over, and bickering over why it's getting done. Beats the alternative, though.
Law the Second: Computers Suck. As our first attempt to recreate ourselves, is it any wonder that they suck? Computers with a general purpose OS installed are like people with a lot more stupid and a lot more speed.
Law the Third: Work Sucks. Take lazy people, add a simple instruction set, decrease motivations to the bare minimum and give them no reason to think things through... if it were really a good way to spend your time we wouldn't have to pay you to show up, right?


Corrollary: People working on computers cubes the Suckage.
Posted by jack@monkeynoodle.org at 4:00 PM

The oldest site on the Wayback Machine is my first Zope site, from early 2002, but I've had a website and a home server since 1998. I'm pretty sure I registered the domain name in 1999 or so, but can't find any records. From Slackware through Red Hat through Mandrake through SuSE to Ubuntu, served by a 486/100 with a modem, by a Pentium/90 with a microwave dish, and by a series of AMD whiteboxes over DSL... the time has finally come. I no longer have time to maintain a CMS driven website, so I'll just post stuff here instead. Hopefully it will prove interesting.
Posted by jack@monkeynoodle.org at 8:11 PM

Through embracing and extending our valued employees, we will functionally evaluate and thereby perform thorough analysis, quantification, and optimization of all interactions, self-initiated or otherwise, between lower, hairier members of the primate family and assorted forms of pasta (including but not limited to the Italianate and Sino-Asian families of wheat, rice, and soy flours). We add value to these crucial interactions by the simple expedient of leveraging synergies towards new world paradigms, in a global sense. Where do you want to take your enterprise monkey today? To the noodlehouse of value-add!
Posted by jack@monkeynoodle.org at 4:09 PM